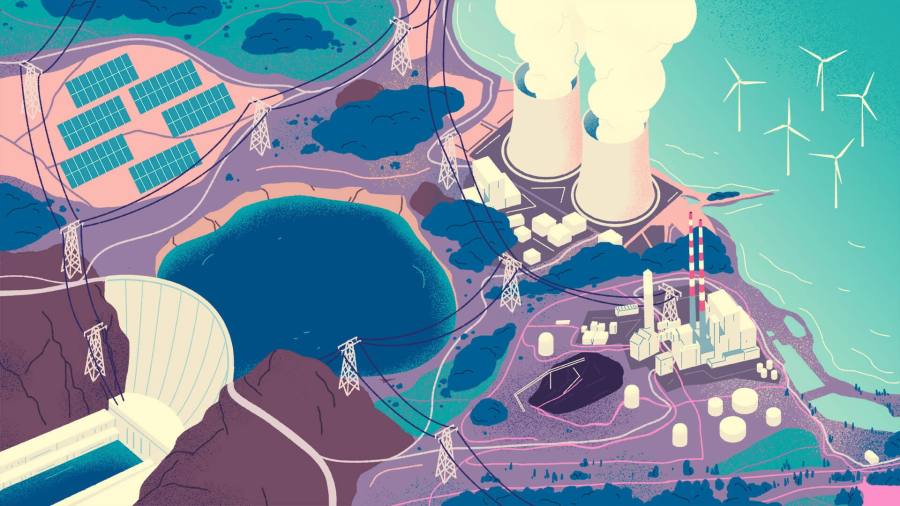 Climate Game Cheat Sheet: How to reach net zero by 2050

Your path through the Financial Times Climate Game is strewn with pitfalls. You might be tempted by options that fail to reduce emissions. You can’t invest in the right technologies. You might land on too many planetary “tipping points”.

The challenge may be daunting, but we want you to reach net zero – the future habitability of Earth depends on it – so we thought we’d give you a hand.

Spoiler alert: if you haven’t played the game yet, read no further. But let us give you a piece of advice before you take on the role of global minister for future generations: the effort to reduce emissions over the next decade will be critical.

In the first round, you must stop the construction of new coal-fired power plants and close those in rich countries. Coal is incredibly carbon intensive, producing about twice as much carbon dioxide as natural gas per unit of energy.

Methane emissions must also be tackled over the next decade if we are to hope to keep global warming to 1.5°C. The gas has about 80 times the warming impact of carbon dioxide over a 20-year period.

Changing the way we use the land is also important. Most of us associate climate change with the burning of fossil fuels, but poor agricultural practices and deforestation are hampering the ability of soils and trees to store carbon.

Moving from fossil fuels to a cleaner economy requires huge public and private spending. Many people will be directly impacted – either through changes to their industries or increased taxes – but the transition will also present new opportunities that you will need to capitalize on to stay in your role.

Adaptation spending is also important to maintain public support. Much of the climate change discussion focuses on mitigation – limiting temperature rise by reducing greenhouse gas emissions – but building infrastructure to help people cope with the effects of climate change is also vital.

According to the International Energy Agency, passenger air travel must be capped at pre-pandemic levels. This is a challenge given that only 2-4% of the world’s population currently flies and the demand continues to grow as population and income grow in developing countries.

Like aviation, our homes contribute to climate change. This is due to heating and cooking systems that rely on fossil fuels, but also to emissions produced during the manufacture of building materials and heat loss due to inefficiency. Insulating existing homes and installing solar panels or heat pumps – called “retrofitting” – are key to reducing the impact.

Putting a price on carbon, in effect a tax on every ton of carbon produced by the goods and services we make or buy, is also important. But don’t set it too high — the yellow vests the protests in France reflect what could happen if you do.

Given the vast global powers that come with your role, much of the climate game is all about top-down political decisions, but the behavior of your citizens must also change.

Those in the wealthiest countries must limit their energy consumption – ditch clothes dryers and cap thermostats at 20°C – to allow a system based on renewable energy to meet demand.

A change in diet is also needed: experts say we need to eat more plant-based foods, which generally use less land and produce less greenhouse gas emissions per gram of protein than meat .

A shift to green technology will mean an increase in the number of critical minerals needed for electrical circuits and batteries, such as copper, lithium and cobalt. It is recommended to fuel a circular economy, where materials are widely recycled and reused, rather than continuously extracted from limited reserves in a way that damages the planet.

The industry must also undergo a seismic change in the third round. The energy needed to manufacture materials crucial to developing economies, such as steel and cement, makes this decarbonization difficult.

Scaling up green hydrogen is a worthwhile gamble, and carbon capture systems that suck up emissions produced by industrial facilities are also important. From 2030, the world must rapidly expand the use of both technologies.

Curious about the FT’s commitments to environmental sustainability? Learn more about our scientific goals here