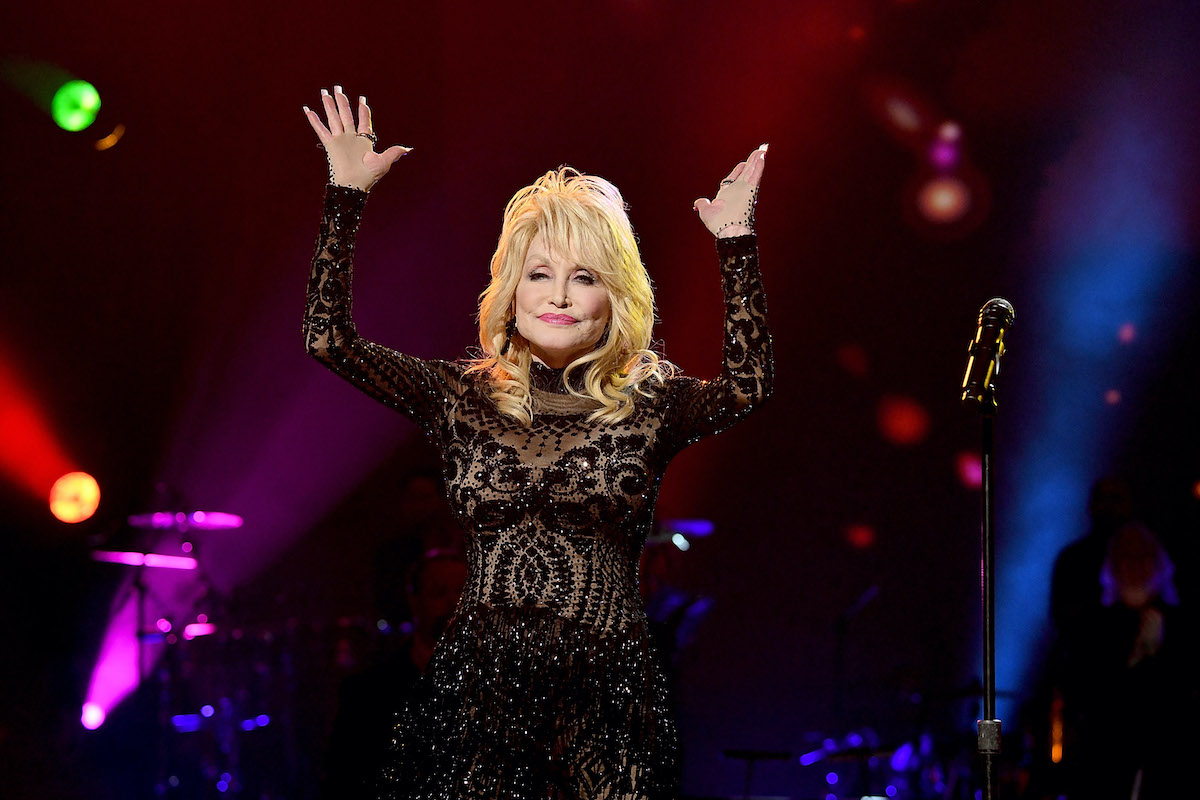 “I’m a Low Tech girl in a High Tech world”

Cell phones have changed the way we do a lot of things, but country music queen Dolly Parton doesn’t rely on them as much as you might expect. No matter where she is when she has an idea for a song, she always takes pencil and paper or a tape recorder to take notes.

Although Parton has a cell phone that she carries in her bra, she still prefers older, lower-tech devices for working and communicating.

Dolly Parton only uses her cell phone for one thing

In February 2022, Parton showed off his signature cell phone move for a T-mobile ad that aired during the Super Bowl. Parton and her goddaughter Miley Cyrus have teamed up for the two-part “Do It For Phones” promotion.

“When I see a problem, I will fix it. America has a serious problem, so I’m going to get rid of it, ”says Parton, who then extracts a 5G phone from her ample cleavage. Parton filmed his portion of the commercial in Nashville, while Cyrus filmed hers in Los Angeles.

According BillboardT-Mobile has pledged to donate $250,000 to the Happy Hippie Foundation, which Cyrus founded to help homeless and LGTBQ youth.

Phones like the one Parton wielded in the ad are capable of a lot, but she admitted on The Bobby Bones Show that she only uses hers for calls.

In 2018, Parton addressed her low-tech lifestyle in an interview with country music radio host Bobby Bones, revealing that no matter where she is, she’s still writing songs. Sometimes she even dreams them. “So you’ll wake up in the middle of the night and say, ‘Oh, I’ve got a melody,’ or ‘I’ve got lyrics,'” Bones said. “Do you have a notepad or do you type it into your phone?”

“I just have a notepad because I always work like that,” Parton replied. “I still write all my songs by hand… I still work like I always have.”

“I’m surrounded by my, all of my businesses, all of my friends…everything I want to do, you know, I just tell them what I want there and stuff. …I’m a low-tech girl in a high-tech world.

Miley Cyrus says Dolly Parton is ‘rarely on the phone’

In May 2022, Cyrus addressed Parton’s favorite form of communication and their T-Mobile collaboration on Late Night with Seth Meyers.

“So you guys did a Super Bowl commercial together,” Meyers began. Cyrus replied

“Yeah. … Which was amazing, because, you know, she was doing it for the phones, but every time I coordinate and communicate with Dolly, it’s always by fax, so I don’t know what she’s doing. speaks … she is rarely on the phone. Next time, it will have to be done for the fax machines.

“And it’s still signed. … She also made me uh, she made me a demo one time where she talks about being super high-tech but it’s all through a tape, which she then recorded on a flip phone, that somebody ‘one then put on the iPhone, which was then sent to me.

Apparently, and hilariously, the flip phone itself reached Cyrus via Fed Ex. Meyers went on to say, “I have to say very clearly that while we’re joking about this, nothing would make me happier than if someone was knocking on my door and saying, ‘Fax from Dolly Parton’.”