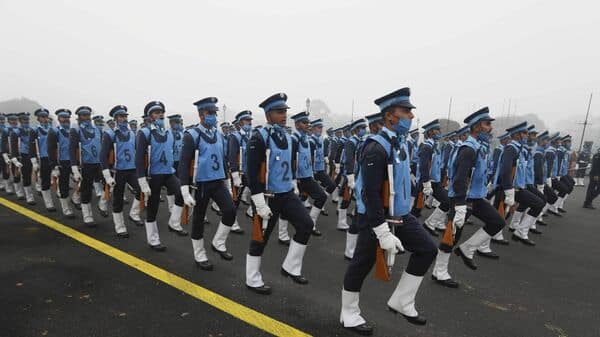 The Indian Air Force said on Sunday it had received 56,960 applications under the Agnipath recruitment program so far, within three days of the start of the registration process on Friday.

“56960! This is the total number of applications received so far from prospective Agniveers in response to the Agnipath application process at https://agnipathvayu.cdac.in,” IAF said on Twitter.

Registrations for IAF Recruitment under the 2022 Agneepath Yojana will end on July 5, 2022, as per the notice. It is important to note that in order to qualify as an Agniveer, it is crucial to meet the eligibility criteria.

On June 14, 2022, Prime Minister Narendra Modi unveiled the Agnipath scheme to enlist young people into the Indian Armed Forces who upon induction will be referred to as Agniveers. The Agnipath program is a new human resource policy under the Army, Navy and Air Force.

The government had said young people between the ages of 17½ and 21 would be inducted for a four-year term, while 25% would then be inducted for regular service. Later, the government raised the upper age limit for recruitment under the scheme to 23 from 21 for the year 2022.

Selection Criteria for Indian Air Force Agnipath Recruitment 2022: Selection of candidates will be based on Online Test, Physical Fitness Test (PFT) -> Adaptability Test-I -> Test of adaptability-II and a medical examination.

The government also announced a series of appeasement measures such as preference for them in central paramilitary forces and public sector defense companies upon their retirement.

Many BJP-run states have also said that “Agniveers,” as the soldiers will be known, will be given priority for induction into state police forces.

However, the armed forces made it clear that those who had engaged in violent protests and arson against the new recruitment program would not be inducted. Aspirants wishing to apply through the Agnipath Short-Term Contract Program will be required to submit a written pledge that they have not been involved in the violent protests against the plan.

* Thank you for subscribing to our newsletter.